WHAT IS IT Lurch Germany Mincer with Pastry Attachment, Aubergine/Cream White WHY USE IT As many cookies as you want In the run-up to Christmas, everybody is busy with preparations – cookie production is in full swing. Our LURCH pasta maker with the pastry attachment is just what you need to get things done. The pasta maker makes delicious shortbread biscuits quickly and with ease. In fact, it will make as many as you want – and needs no electricity! Easy handling, excellent quality! The robust and intelligent mechanics of the pasta maker make your work much more efficient. The ultra strong suction foot stays firmly in place, no matter how thick the dough. The LURCH pasta maker is quickly taken apart into its individual components for cleaning. -Easy and uncomplicated shortbread cookies Dough attachment with four shapes -Also suitable for lean poultry and beef (includes blade in two sizes) -Ultra strong suction foot for a secure stand Easy-glide, robust mechanics. -Fully food safe and hygienic. -Easy to take apart and clean
Also suitable for processing lean poultry and beef (hole blades in two sized included)
Ultra strong suction foot for stability Completely food safe
Pasta maker with the pastry attachment
Easy to take apart and clean 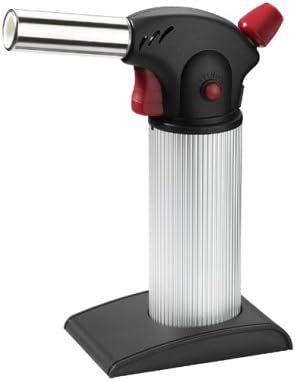 We use cookies to enhance your experience. By continuing to visit this site you agree to our use of cookies. Read more 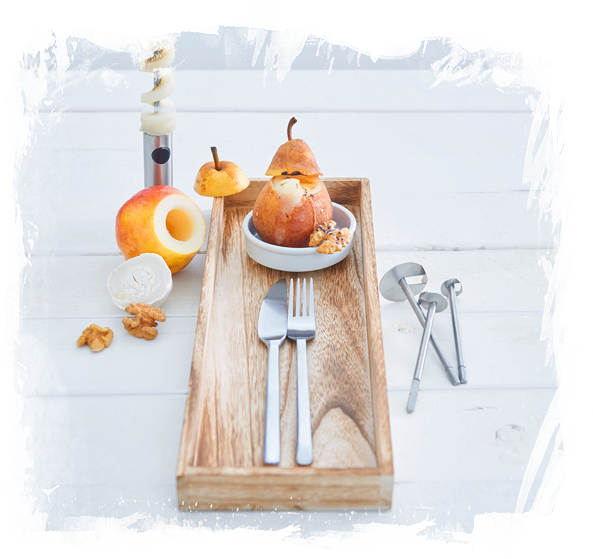 Great products for more creative and enjoyable baking and cooking

We offer a wide range of sophisticated kitchen utensils such as peelers, spatulas and graters, but for us that is not enough. We regularly develop real innovations that revolutionise and improve your time spent in the kitchen.

We are proud of these achievements and take pleasure in offering them to you. It is this feeling of accomplishment that drives our daily work and encourages us to develop ever more new, helpful and exciting products for our customers.
The following values are especially important to us: 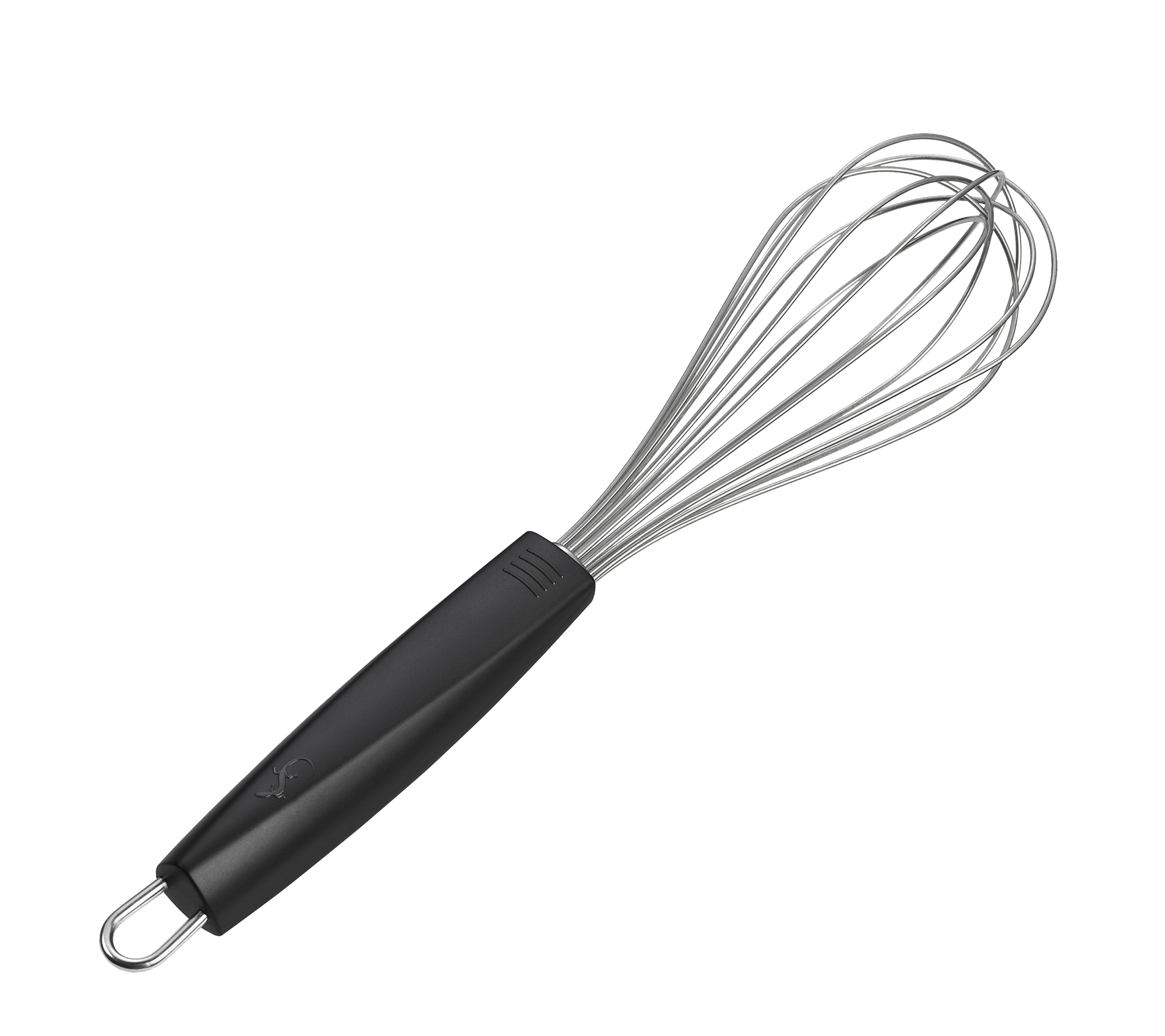 You buy a product in order to use it. It should fulfil specific functions – practical functions first and foremost, but it should also look great and make you feel good too. A great design optimises usability and has no unnecessary or counter-productive features.

A product must serve a purpose. Full stop. Sounds obvious – but it's not always the case. Our products are designed to be used. Every day. And that's what we do. At home in our own kitchens. Only when we are fully confident about the functionality of a product do we put the LURCH name to it and put it on the market for you.

The quality of the construction and the materials that go into our products is a top priority for us. We carefully select the most appropriate materials for the relevant purpose to ensure optimum functionality and maximum service life. Every product undergoes a final quality check to make sure you will enjoy working with it from day one and for a many years to come.

Our product development department not only works tirelessly on improving our existing products, they are also constantly seeking new solutions that make working in the kitchen easier and more fun. The result is completely new products; true innovations that pave the way for new cooking techniques and encourage creativity and diversity for modern diets.

Emotion plays a huge role in cooking and baking. It is a lot of fun, a creative activity and the end results tickle our palates in the most wonderful ways. We see our products as an important part of these experiences. We want you to enjoy using them over and over again and they should have a positive impact on your overall cooking experience. A LURCH product should not only function well – it should be fun to use!

“Design follows function”. This key principle is reflected in all our designs. We give our products a timeless design – for no other reason but to support the relevant primary function. Combined with attractive colour schemes, the resulting LURCH products are unassuming and supremely functional.

LURCH products don’t need electricity to function, because we believe in the superior quality of food prepared sustainably and by hand – for the good of your health and for the environment. LURCH products are not made for quick effect. They are designed to last for a long time, even if that means it costs a little bit more. Our products are manufactured sustainably and in compliance with strict ecological and social standards. And not because we have to, but because we want to. Always have. Always will. 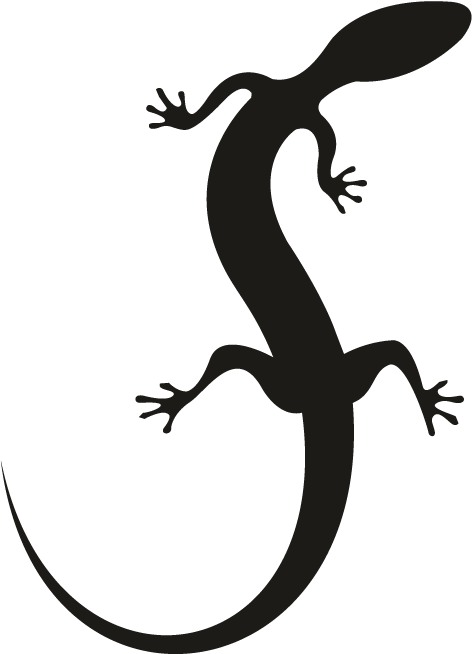 LURCH AG has been developing and marketing hand-held kitchen tools since 1995. Our desire to make working in the kitchen easier for our customers by providing functional products and enriching their cooking experience with innovative ideas is at the forefront of everything we do. We therefore believe in the following principle: Function > Innovation > Design – with a clear focus on the needs of the user at all times. Value for money is a matter of course for us.

LURCH defines itself as a developer, manufacturer and marketer of innovative product ranges for the kitchen and household in a market-leading position in Germany and neighbouring European countries. Market success, economic viability and profitability are the basic premises for LURCH AG’s ability to comply with the responsibilities and obligations towards our customers, employees, investors, the environment and the public. 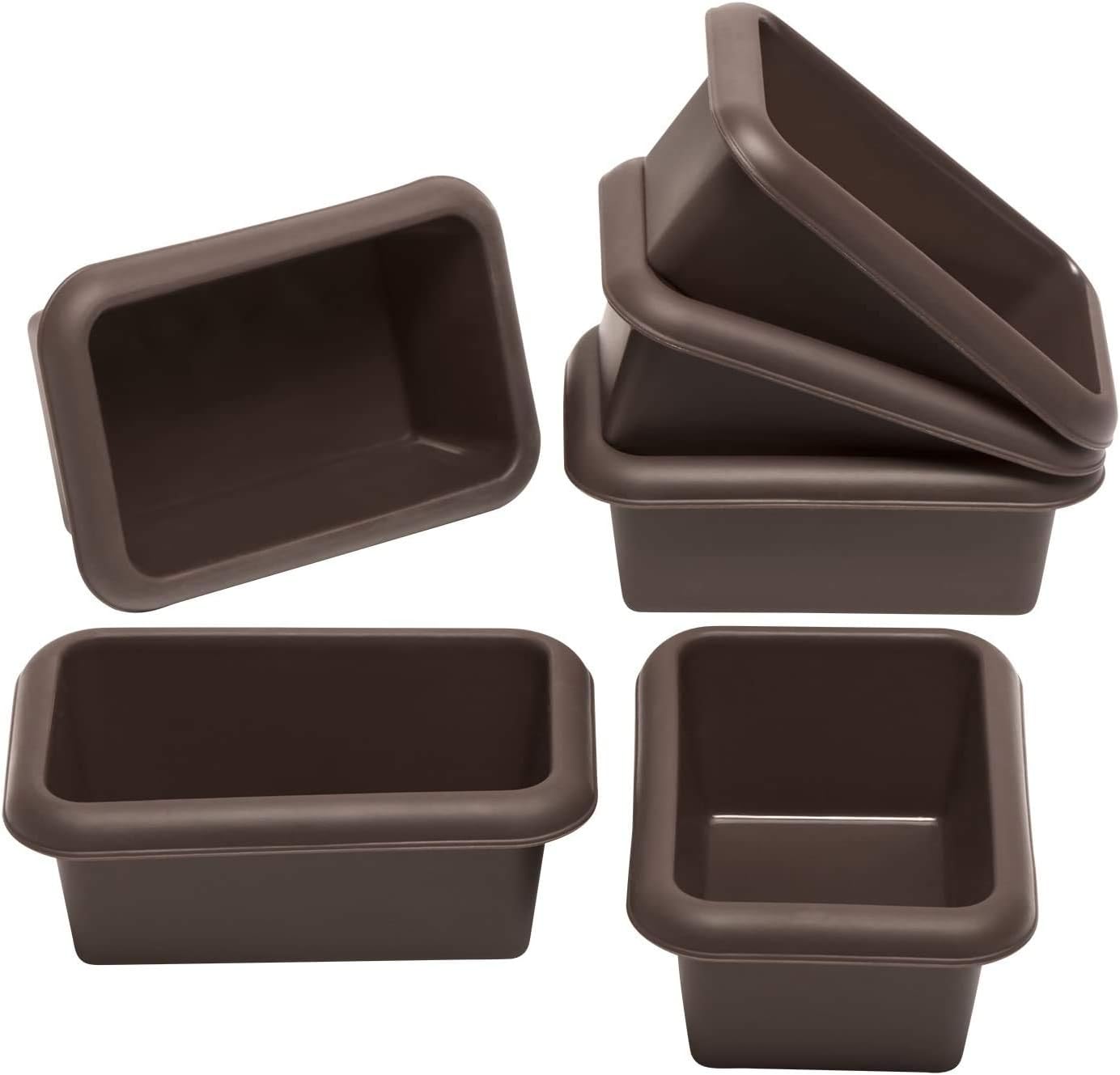 Order now and get it around Tuesday, October 26

Note: Electronic products sold in US store operate on (110-120) volts, a step-down power converter is required for the smooth device function. It is mandatory to know the wattage of the device in order to choose the appropriate power converter. Recommended power converters Buy Now.

I wanted to like this vacuum bottle, and I was confident that I would. So confident that I bought three of them. They're made in Germany, they have lots of good reviews, what could go wrong? The first time I used this one in blue, I noticed the outside of the bottle had become cold after just a few minutes! I was shocked. I tried another one in the 16oz size, and it was also useless. These bottles don't keep liquids cold at all, not even a little bit. An amazingly poor product. 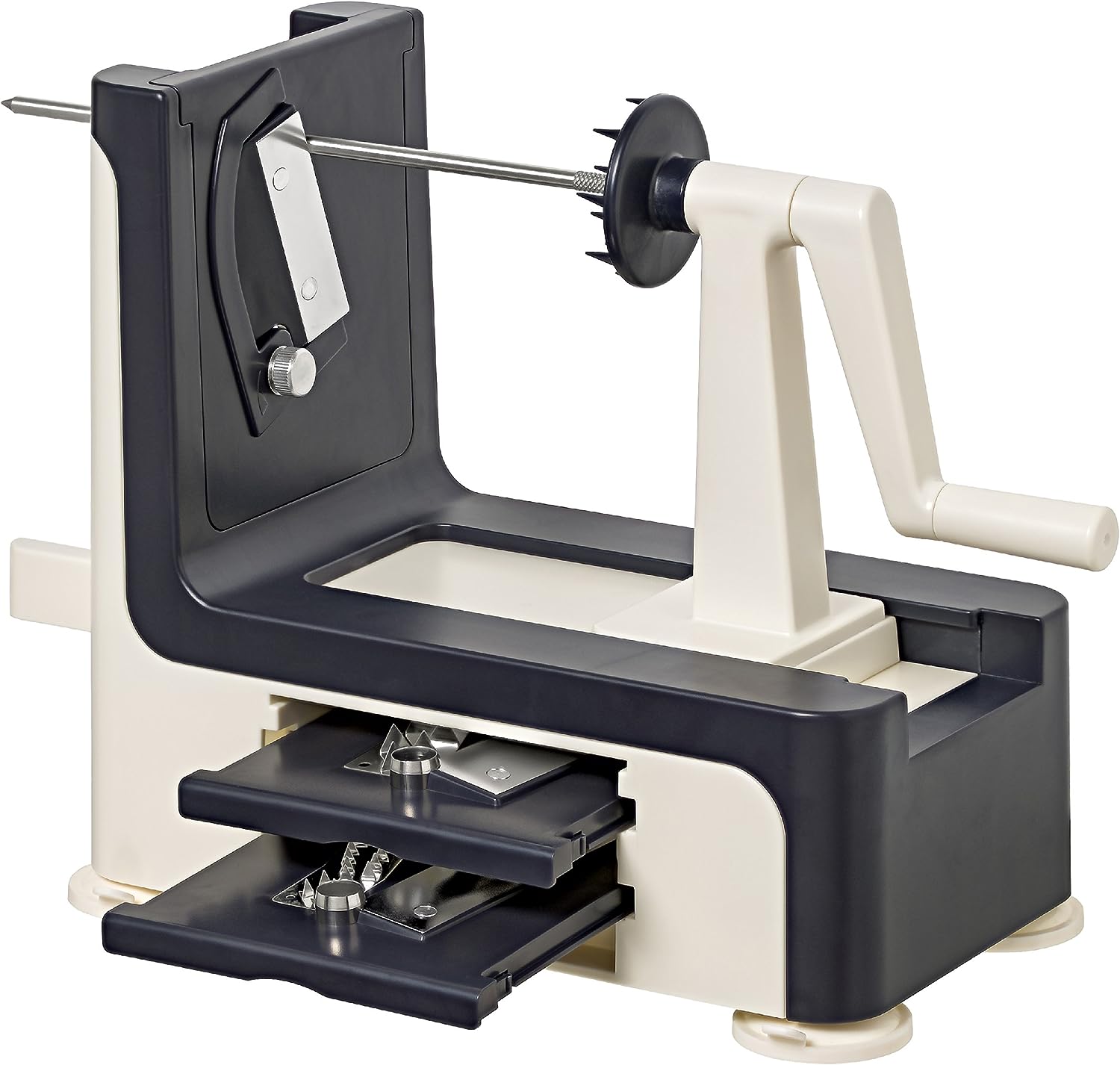 This product is not Fulfilled by Ubuy and can take minimum 10 days in delivery. We might cancel the product from the order and refund you if any issue arise with the delivery of this product.

Note: Electronic products sold in US store operate on (110-120) volts, a step-down power converter is required for the smooth device function. It is mandatory to know the wattage of the device in order to choose the appropriate power converter. Recommended power converters Buy Now.

German millionaires rush assets to Switzerland ahead of election

ZURICH, Sept 24 (Reuters) - A potential lurch to the left in Germany's election on Sunday is scaring millionaires into moving assets into Switzerland, bankers and tax lawyers say.

If the centre-left Social Democrats (SPD), hard-left Linke and environmentalist Greens come to power, the reintroduction of a wealth tax and a tightening of inheritance tax could be on the political agenda.

"For the super-rich, this is red hot," said a German-based tax lawyer with extensive Swiss operations. "Entrepreneurial families are highly alarmed."

The move shows how many rich people still see Switzerland as an attractive place to park wealth, despite its efforts to abolish its image as a billionaires' safe haven.

No country has more offshore assets than Switzerland and inflows accelerated in 2020, to the benefit of big banks such as UBS (UBSG.S), Credit Suisse (CSGN.S) and Julius Baer (BAER.S). Geopolitical tensions and fears of the COVID-19 pandemic's economic fallout made Switzerland's political stability attractive.

Bank for International Settlements data show deposits of German households and companies at banks in Switzerland climbed almost $5 billion to $37.5 billion in the first quarter of 2021, and this does not include shares, bonds or financial products.

More recent figures are not available, but insiders say the inflows have continued. "I have booked an above-average amount of new money as in the past three months," said a veteran client adviser at a large Swiss bank who deals mainly with Germans.

"Many wealthy people, especially entrepreneurs, fear that there will be a lurch to the left in Germany - no matter how the elections turn out," says Florian Dürselen, head of Europe at wealth manager LGT Switzerland.

One top Swiss banker said: "I know a number of German entrepreneurs who want to have a foothold outside Germany if things get too red (leftist) there."

Women relax on the banks of Lake Zurich on a sunny spring day, as the spread of the coronavirus (COVID-19) continues, in Zurich, Switzerland March 23, 2021. REUTERS/Arnd Wiegmann/

The SPD wants to reintroduce a wealth tax and increase inheritance tax, while the Greens - a likely potential coalition partner - plan to tax fortunes more heavily. Although both envision raising income tax for top earners, a tax on assets would raise much more money, the tax lawyer said.

He was seeing increased demand for advice from clients, he said, noting some entrepreneurs had sought to protect themselves by making new investments through a company in Switzerland or transferring assets to a foundation in Liechtenstein.

Simply transferring cash to a Swiss bank account, on the other hand, no longer helps. Under immense international pressure, the Swiss now share such account data with tax authorities in clients' home countries.

"Switzerland as a financial centre is characterized by stability, legal security and a high level of financial competence. However, it does not offer any protection against tax evasion," said a spokesperson for the State Secretariat for International Financial Matters (SIF).

LGT's Dürselen said he recently spoke with a German entrepreneur who feared Germany could soon tax foreign assets or transactions harshly, which fostered the view of Switzerland as a safe haven for capital.

"Personally, I assume that considerable assets will continue to be moved to Switzerland," he said.

One local politician said dozens of wealthy German entrepreneurs have inquired in recent months about residing in one of the low-tax suburbs along Lake Zurich.