1963-1964 Corvette Sting Ray
The second generation Corvette, which introduced as the Sting Ray model continued with fiberglass body panels, and overall, was smaller than the first generation with a shorter wheel base. The C2 was later referred to as mid-years after the C3 generation was introduced. The car was designed by Larry Shinoda with major influence from a previous concept design called the "Q Corvette," which was under the styling direction of Bill Mitchell.  Earlier, Mitchell had sponsored a car known as the "Mitchell Sting Ray" in 1959 because Chevrolet no longer participated in factory racing. Bill Mitchell is considered one of the most influential designers in GM history that made this period of GM history so successful in the market. This vehicle had the largest impact on the styling of this generation, although it had no top and did not give away what the final version of the C2 would look like it was the vision of things to come. Production of the C2 started for the 1963 model year and ended in 1967. GM wanted the C3 to begin in the year 1967 but could not ready the next generation for production in time to all our benefit as the most refined C2 was the 1967 Corvette. Introducing a new name, "Sting Ray", the 1963 model was the first year for a Corvette coupe and it featured a distinctive tapering rear deck with, for 1963 only, a split rear window. The Sting Ray featured hidden headlamps, non-functional hood vents, and an independent rear suspension.  Corvette chief engineer Zora Arkus-Duntov never liked the split rear window because it blocked rear vision, but Mitchell thought it to be a key part of the entire design. Maximum power for 1963 was 360 brake horse power and was raised to 375 brake horse power in 1964. Options included electronic ignition available for the first time in 1964, more interior and exterior color choices and higher horse power as mentioned. On 1964 models the decorative hood vents were eliminated and Duntov, the Corvette's chief engineer, got his way with the split rear window changed to a full width window. A rare '63 and '64 option was the Z06 competition package, which offered stiffer suspension, bigger, multi-segment lined brakes with finned drums and more, only a couple hundred coupes and one convertible were factory-equipped this way in 1963. This is also the generation of Corvette that spawned the famous Grand Sport Corvettes that are so coveted today.

1965-1966 Corvette Sting Ray
Four-wheel disc brakes were introduced in 1965, as was a "big block" engine option: the 396 cubic inch V8. Side exhaust pipes were also optionally available in 1965, and continued to be offered through 1967 as well as 1969. The introduction of the 425 brake horse power 396 cu in big block in 1965 spelled the beginning of the end for the Rochester fuel injection system.  The 396 option cost $292.70 while the fuel injected 327 cubic inch engine cost US$538.00. Few people could justify spending US$245.00 more for 50 horse power less, even though the fuel injection could deliver over 20 mpg on the highway and would keep delivering fuel despite high G-loading in corners taken at racing speeds. It was the beginning of the large cast iron engines that topped the charts ending in 1974. With only 771 fuel-injected cars built in 1965, Chevrolet discontinued the option at the end of the '65 production, having introduced less-expensive big block 396 engines rated at 425 hp in the middle of the production year and selling over 2,000 in just a few months. For 1966, Chevrolet introduced an even larger 427 cubic inch Big Block version. Other options available on the C2 included the Wonderbar auto-tuning AM radio 1963, AM-FM radio mid-1963, air conditioning late-1963, a telescopic steering wheel 1965, and headrests 1966-1967.

1967 Corvette Sting Ray
1967 was the final year for the C2 generation. The 1967 model featured restyled fender vents, less ornamentation, and back-up lamps which were on the inboard in 1966 were now rectangular and centrally located. The first use of all four taillights in red started in 1961 and was continued thru the C-2 line-up except for the 1966. The 1967 and subsequent models continuing on all Corvettes since. 1967 had the first L88 engine option which was rated at 430 brake horse power, but unofficial estimates place the actual output at 560 brake horse power or more. Only twenty such engines were installed at the factory. From 1967 to 1969. The Holley triple two-barrel carburetor, or Tri-Power, was available on the 427 L89 a $368 option, on top of the cost for the high-performance 427. In 1967 a Tri Power option was available with the 427 with hydraulic can rated at 400 horse power. Despite these changes, sales slipped over 15%, to 22,940 (8,504 coupes, off close to 15%, and 14,436 convertibles, down nearly 19%). I am sure that today most would have wanted more to be purchased to provide even more people today to enjoy this car.

Shop for your next C2 Corvette parts here at Corvette Pacifica!

Corvette Parts are all we do 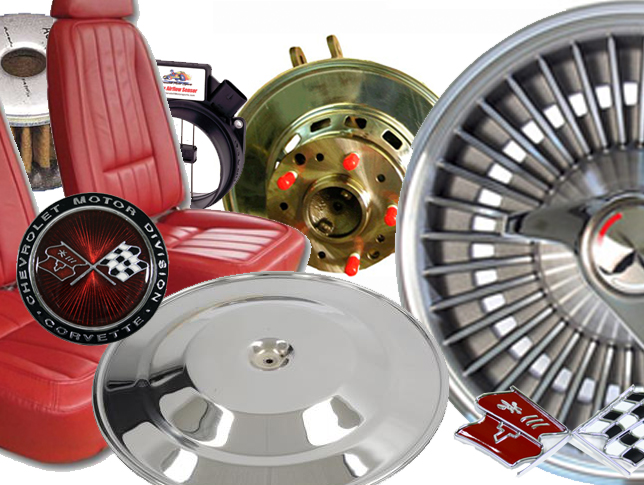 Each catalog has hundreds of Corvette diagrams to help you find your part fast. Request a catalog or download a copy and we'll help you finish your restoration project in record time.

Order your corvette parts and we'll bring them to the show for free. Stop by our booth and tell us about your restoration project!

Get out of the junkyard! Check out our large selection of new Corvette reproduction parts. Many of these parts were previously unavailable but are now in stock at Keen Parts.

New Parts, specials, all the Keen Parts news. Sign up for Keenparts Blog and join the conversation today! 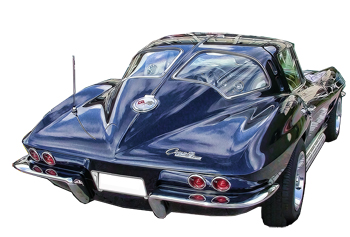 Not sure which part you need? Not sure what it's called? Not a problem. Take a look at the 900+ diagrams and you'll find your parts fast.

Keen Parts has over 18,000 Corvette Parts & Accessories in inventory.

Corvettes are all we do, so whether you’re looking for a complete interior for your vintage '58 Corvette or a performance accessory for your '09, we’ll have the Corvette part you need and the expertise you want. For your Corvette exterior, we've got you covered bumper-to-bumper. We have emblems, moldings, grilles, bumpers and brackets, fiberglass, exterior trim and weather stripping. For the interior, we have steering wheels, seats, dash pads, consoles, carpeting, door panels, seat belts, interior trim and fasteners. Under the hood, we've got it all from air cleaners to exhaust systems, air conditioning, radiators, and valve covers all the way down to the decals and correct fasteners to bolt it all back together.

We‘re working to make this the friendliest and most informative Corvette parts & Accessories website around. We still have a long way to go, but we’d love to hear any comments or suggestions you have. Call us at (800) 757-KEEN or email us today.

Search Within This Catalog: 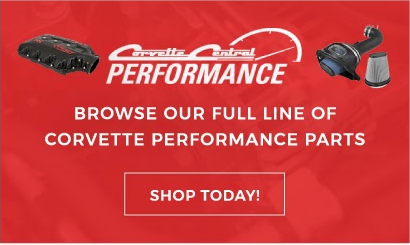 Established in 1975, Corvette Central is a leading manufacturer and distributor of Corvette parts and accessories.