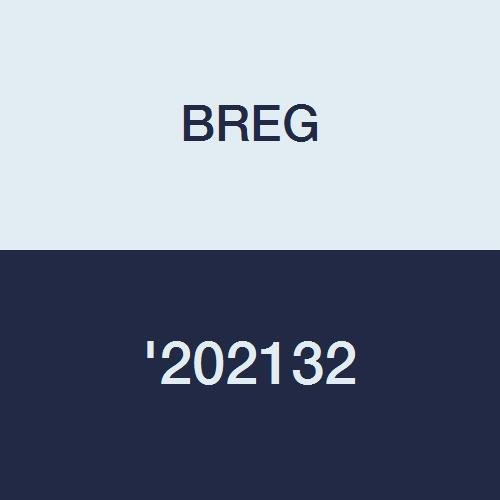 Back in April, we wrote about how Steven Biss, who has become infamous for his flurry of frivolous defamation lawsuits -- many of which are on behalf of Congressional Representative Devin Nunes as well as an odd collection of wacky people in Nunes' orbit -- had lost yet another case, but that the court had rejected sanctioning Biss. That didn't last long. That ruling was in the 4th Circuit appeals court in the case Biss brought on behalf of Russian-born academic Svetlana Lokhova against a Cambridge academic, Stefan Halper, and a variety of media organizations. I'm not going to recount all the details of the case again. You can read those in our original post. Just know that it seemed to be a pretty obvious SLAPP suit. Much of it was filed after the statute of limitations had passed, on statements that were clearly not defamatory, and, in at least one case, appearing to sue the wrong party. However, the District Court judge and the Appeals Court both found that while Biss had a long history of bad behavior in court, they didn't want to take the further step of sanctioning him. Yet. Though both courts made it clear that further shenanigans could change that.

I will give you just one guess what happened next. And I'm sure you'll get it right.

I had somehow missed that while Biss/Lokhova were getting benchslapped in that case, they had decided it would be a good idea to file another frivolous SLAPP suit against Halper. This case involved claims that Halper had somehow defamed Lokhova (again) and tortiously interfered with her publishing contract, regarding a book she was publishing all about Steven Halper (which Halper insists itself is defamatory towards him). Halper had sent a letter to the publisher and distributor of the book arguing that Lokhova's book was defamatory, and then Biss/Lokhova sued Halper again. They failed to mention that they had already sued Halper, and that the cases were related, which probably didn't make the court very happy in the first place.

Judge Leonie Brinkema seems to have had enough. Recognizing that her original lenient order not to issue sanctions in the last case was ineffective, she has finally recognized that Biss seems unwilling to back down. So she has now order both Biss and Lokhova to pay Halper's legal fees in this case.

In the May 5, 2021 hearing on defendant's Motion for Sanctions, the Court found that Halper's counsel's letters were protected by absolute litigation privilege, making the filing of the pending lawsuit by Lokhova and Biss frivolous and without merit.

It goes on, dismantling each and every argument by Biss, and also notes that much of the argument seems to be an attempt to relitigate the other case that they had already lost:

The rest of plaintiff's arguments in her opposition to the Motion for Sanctions amounted to another defamatory attack on Halper and attempts to relitigate Lokhova I, including her attachment of redacted FBI papers purportedly showing Halper lying to the FBI....

The judge then recites a very long list of examples of bad behavior in court, including admonishment and sanctions by other judges.

Bis also has an extensive history of being admonished and sanctioned by courts around the country. In this district, Biss was warned not to engage in ad hominem attacks. Steele v. Goodman.... Another judge admonished Biss for conduct unbefitting an officer of the Court. Nunes v. WP Co. LLC.... Biss was sanction and required to pay the opposing party's attorneys' fees under Rule 11 for making "objections contrary to settled law":

Counsel for Plaintiff's objections contrary to settled law are particularly troubling given this Court's previous admonishment, in its May 29, 2020 Memorandum Opinion, that Mr. Biss "ensure that all positions, including those in briefing and in support of discovery, 'are warranted by existing law or by a nonfrivolous argument for extending, modifying, or reversing existing law or for establishing new law' . . . [f]ailure to do so could result in sanctions."

Anderson v. Sch. Bd. of Gloucester Cty..... In dismissing a RICO suit for its "conclusory allegations," yet another judge in the Eastern District of Virginia admonished Biss that any amended complaints must comply with Fed. R. Civ. P. 11. Nunes v. Fusion GPS.... Biss has also been sanction in other districts, including in an Iowa federal district court, where the judge described Biss's personal attacks in a complaint as "immaterial, impertinent, and scandalous," with "no bearing on this case," and "prejudicial to [defendant]" with "criminal overtones," Nunes v. Lizza.... and by a district judge in the Southern District of Florida who imposed sanctions on Biss under the Florida anti-SLAPP statute because his lawsuit "was without merit" and arose out of free speech in connection with a public issue. Bongino v. Daily Beast Co. LLC.... Recently, Biss was sanctioned in the District of Maryland and required to pay defendant $21,437.50 to reimburse it for its attorneys' fees after Biss filed a meritless amended complaint. Harvey v. Cable News Network Inc....

It's probably not a good sign when the judge lists off all the times you've been sanctioned. Especially after warning you to tread lightly in an earlier, related case. So the following does not come as a surprise at the end of the ruling:

Considering Biss's experience as an attorney, long history of sanctionable conduct, this Court's specific warnings in Lokhova I that further frivolous actions against Halper could result in sanctions, the Fourth Circuit's comment about joining the chorus of other courts that have sanctioned Biss, defendant placing Biss on explicit Fed. R. Civ. P. 11 warning, and the frivolousness of this complaint, the Court infers an improper purpose for bringing this civil action. Accordingly, sanctions in the form of dismissal of the complaint are not sufficient to deter Biss from continued improper litigation practices, and an award of defendant's reasonable attorneys' fees for work done in this civil action after defense counsel issued his Rule 11 letter is appropriate. In the words of the Fourth Circuit, this Court has "join[ed] the chorus in sanctioning attorney Biss."....

The judge even highlights Biss' claim that the attorney's fees amount that Halper's lawyers asked for was too high, first noting that what they asked for is actually below the range established in earlier cases, and pointing out that Biss arguing that they don't have experience in this type of litigation is "meritless."

Plaintiff and her counsel also argue that the number of hours defense counsel spent on this civil action was inappropriate because this civil action involved a simple, "not difficult or complex" application of the litigation privilege. That characterization of hte issue is contradicted by the multiple arguments plaintiff raised in her 15-page opposition to defendant's Motion for Sanctions.

Basically, don't file crazy long and complex arguments only to then turn around and insist that the defendant's lawyers spent too much time having to deal with your arguments. The Court then decides that the sanctions should be for Biss and Lokhova to be jointly responsible for paying $33,875 in legal fees. Frankly, this seems low. And even though the Court says it chose this number to "deter further frivolous lawsuits," I'm not convinced that will work (see the list of sanctions earlier...). At some point, some court is going to need to go even further.

It's also interesting to see the Court make both Biss and Lokhova jointly responsible for the sanctions:

Lokhova obviously chose Biss to represent her in Lokhova I, must have been aware of the rhetoric he used in that complaint, and was in court when this Court admonished Biss, yet chose to retain Biss and authorize him to file this groundless new lawsuit. She is, therefore, also properly subject to this sanction.

It would be nice to see Biss finally stop filing frivolous lawsuits, but previous sanctions haven't seemed to help. And, of course underlying all of this, there's still the open question of who is paying Biss' fees in all of these lawsuits. That remains unanswered.

Thank you for reading this Techdirt post. With so many things competing for everyone’s attention these days, we really appreciate you giving us your time. We work hard every day to put quality content out there for our community.

Techdirt is one of the few remaining truly independent media outlets. We do not have a giant corporation behind us, and we rely heavily on our community to support us, in an age when advertisers are increasingly uninterested in sponsoring small, independent sites — especially a site like ours that is unwilling to pull punches in its reporting and analysis.

While other websites have resorted to paywalls, registration requirements, and increasingly annoying/intrusive advertising, we have always kept Techdirt open and available to anyone. But in order to continue doing so, we need your support. We offer a variety of ways for our readers to support us, from direct donations to special subscriptions and cool merchandise — and every little bit helps. Thank you. 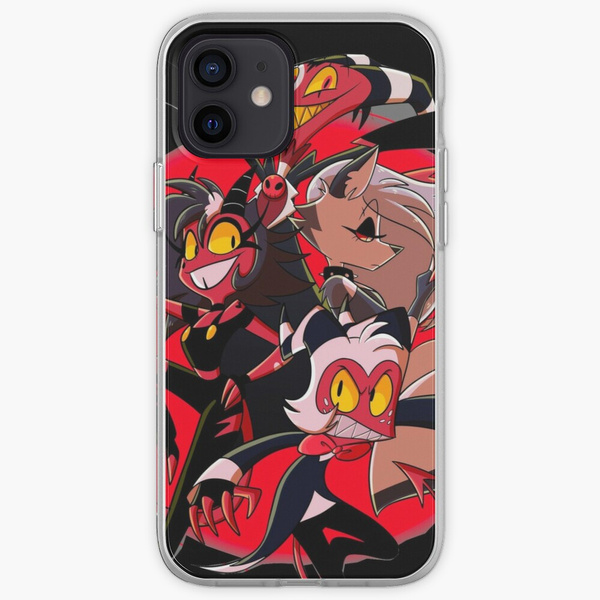 Items are sold and shipped by Accidental encounter
We expect this item to arrive by the estimated delivery date. We also calculate a maximum delivery date in case of delays that are out of our control. With our Money Back Guarantee, we'll give you a full refund if the item isn't delivered by the maximum delivery date. You can initiate a refund on items within 30 days of delivery or the maximum delivery date if the item hasn't arrived. Learn more in our Shipping FAQ.
The Shield Feels Full And Has A High-grade And Generous Appearance. The Design Is Clear, Meticulous, Creative Fashion Charm, Is Your Ideal Cell Phone Shell. Texture: The Latest Environmentally Friendly Materials, Surface Non-stick Fingerprints And Dust-proof Design, Easy To Clean. Super Shield Is Hard Enough To Effectively Protect The Mobile Phone Body From Scratches And Bruises. COLOR DISCLAIMER:Due To Monitor Settings And Monitor Pixel Definition, We Cannot Guarantee The Color That You See Will Be Exact From The Actual Color Of The Product.

We want you to be completely satisfied with your purchase on Wish. Return all products within 30 days of delivery if they are not up to your satisfaction.

Report this listing for inaccurate information

The Android iPhone Case Is Brilliant!